About the indoor environment and health

This section gives background information about the indoor environment and how it affects our health.

A poor indoor environment can affect our health

Cold and damp houses and health

A poor indoor environment can affect our health

The indoor environment can affect health through a range of ways:

Young children and the elderly are particularly at risk from the effects of poor housing.

Household crowding refers to houses that are too small for the number of occupants and need more bedrooms (‘structural crowding’). Also, functional crowding (room sharing) may occur when trying to save heating costs.

A recent study estimated that 1,343 hospital admissions for infectious diseases were attributable to household crowding each year in New Zealand in 2007–2011 [1].

Second-hand smoke refers to the smoke breathed out by the smoker, and the smoke coming from the cigarette. When someone smokes in a confined area (such as in the home or car), it puts everyone’s health at risk.

Cold and damp houses and health

Cold, damp and mouldy houses are a risk to health in several ways.

Indoor temperatures below 16°C increase the risk of respiratory infections, and below 12°C stress the cardiovascular system [6]. Cold temperatures also contribute to excess winter deaths (increased number of deaths occurring in the winter months compared with other times of the year). The World Health Organization recommends a minimum indoor temperature of 18°C, or 20°C for houses with young children, elderly people or ill people.

Damp and mouldy housing can affect health in several ways, particularly respiratory health.  Dampness and mould growth can exacerbate asthma and increase the risk of asthma onset [6]. Indoor dampness and mould is also associated with an increased risk of respiratory tract infections and bronchitis [7]. Mould can irritate airways, and lead to respiratory toxin production and mould sensitisation [8,9].

Many New Zealand houses are cold, and do not meet recommended minimum temperatures.  A 2006 study found low-income homes in New Zealand were colder than WHO guidelines: 16–17°C in living areas and 14°C in bedrooms on average [10].

Houses are cold mostly because they are difficult to heat. Two major reasons for this are (i) poor insulation and (ii) inefficient heating.

Most New Zealand houses had at least some insulation in 2010, which was an improvement from 2005 [11]. This may be due to recent government home insulation schemes and awareness campaigns (such as EECA’s insulation retrofit programmes and the Energywise information campaign). These campaigns have helped retrofit about 320,000 houses since 1996 (as at July 2014), particularly low-income houses. However, ceiling insulation often had defects like gaps. In 2010, almost half (45%) of houses did not have under-floor insulation (among those with accessible suspended floors) [11].

Damp homes can result from damp subfloors, unflued gas heaters, inadequate ventilation, having no extractor fan in kitchen and bathroom, and drying washing inside. Colder and/or poorly insulated homes are also likely to be damp, as water condenses more easily onto cold surfaces. Ventilation can also remove moisture from homes more effectively if the home is well heated. Damp houses can lead to mould growth.

Open fires are an inefficient type of heating system (producing little heat for the amount of fuel used), and contribute to indoor air pollution.

Any intervention that makes a house warmer, drier or safer has the potential to improve health. Making houses warmer through insulation and heating systems can improve both mental health and physical health (particularly cardiovascular and respiratory health) [6]. New Zealand studies have shown that insulating homes and improving heating reduced coughs and colds, and the number of sick days [10,12].

Young children and older people are particularly vulnerable to the effects of poor housing, as they spend proportionally more time indoors.

Children and infants are also more susceptible to indoor air pollutants. Children are still growing and developing, and have immature immune systems. They also inhale a larger dose of air per unit of body mass at a given level of activity than adults [13].

Read more about populations more at risk from environmental hazards on the 'who is more vulnerable' webpage. 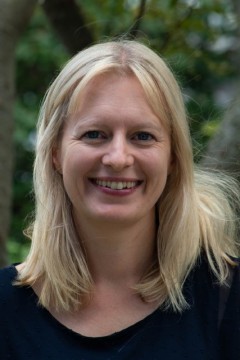