This section presents data and statistics on asthma deaths, hospitalisations and prevalence in New Zealand children. You can download factsheets from the Downloads box.

Second-hand smoke exposure [1], nitrogen dioxide exposure [2,3] and indoor dampness and mould [4] can all cause and/or worsen asthma in children.  Outdoor air pollution is also linked to asthma exacerbation [5].

New Zealand has high asthma rates compared with other countries [6–8].

Each year, a small number of children die from asthma

Over 7,000 hospitalisations for childhood asthma in 2018

Boys were more likely to have medicated asthma than girls

Each year, a small number of children die from asthma

Over 7,000 hospitalisations for childhood asthma in 2018

In 2018, there were 7,182 hospitalisations for asthma (including wheeze) among children aged 0–14 years.

In 2018, the asthma hospitalisation rate was the highest in Pacific children compared with Māori, Asian and European/Other children, after controlling for age (Figure 4).

The percentage of children with medicated asthma over the last ten years has been relatively consistent (Figure 7).

Boys were more likely to have medicated asthma than girls 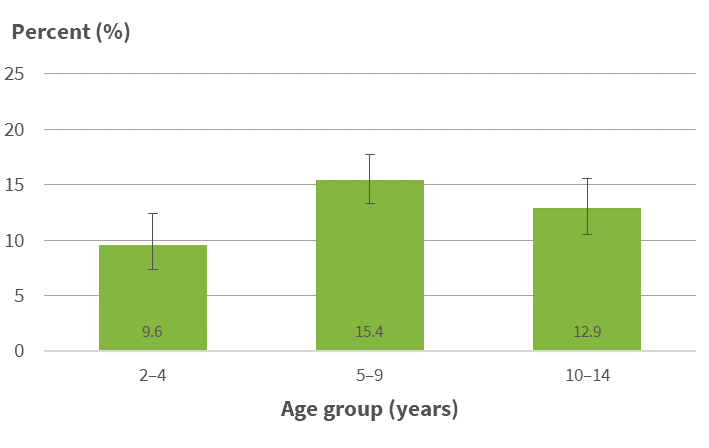 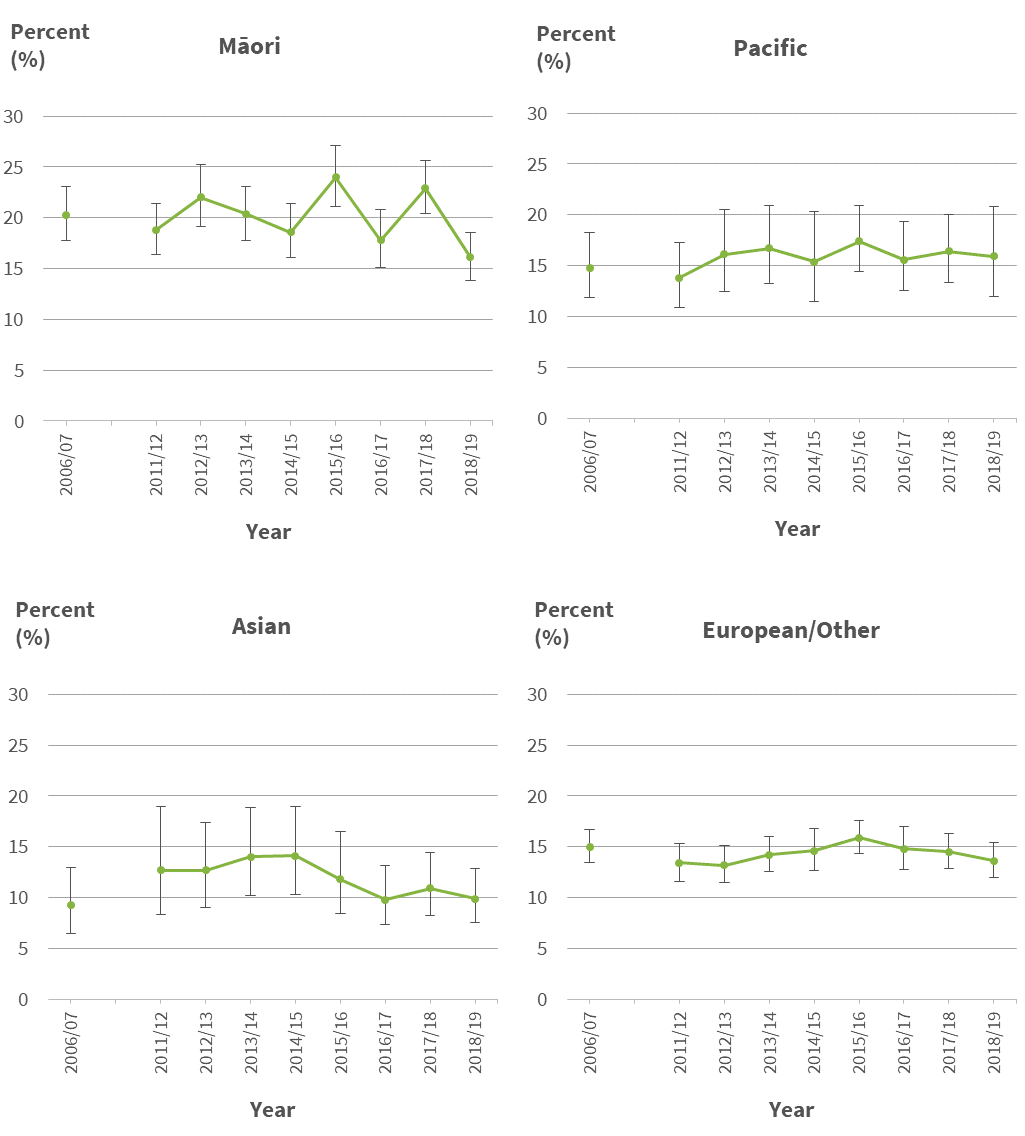 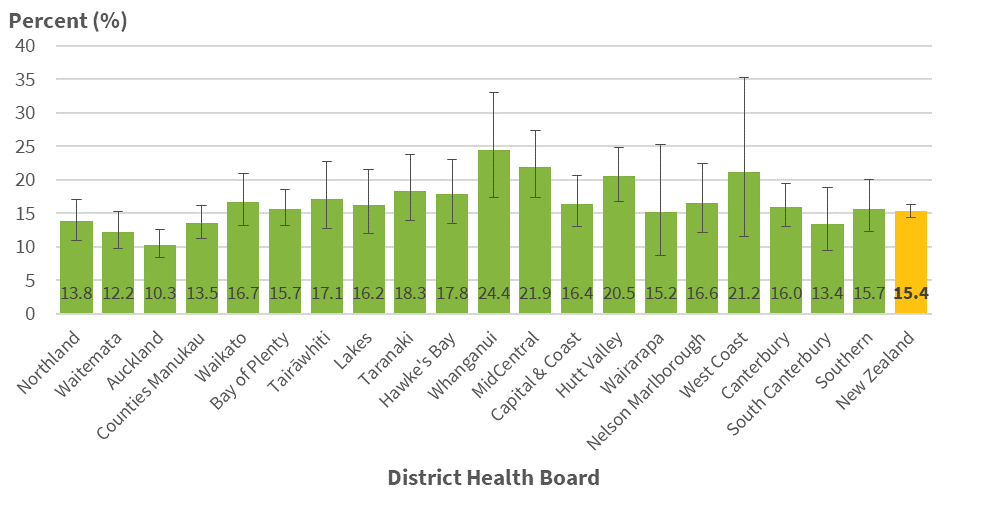 See the factsheet for more details (in the Downloads box).

Definition: Acute and semi-acute hospitalisations with asthma (ICD-10AM J45–J46) or wheeze (R06.2) as the primary diagnosis, for children aged 0–14 years. Analyses excluded overseas visitors, deaths, and transfers within and between hospitals. Age-standardised rates per 100,000 people have been presented.

Definition: Children aged 2–14 years who have been diagnosed by a doctor as having asthma, and who currently take medication (inhalers, medicine, tablets, pills or other medication) for it.

For more information about these indicators, see the metadata sheets (in the Downloads box).

Visit the Healthspace website to explore maps about selected indicators about the indoor environment.